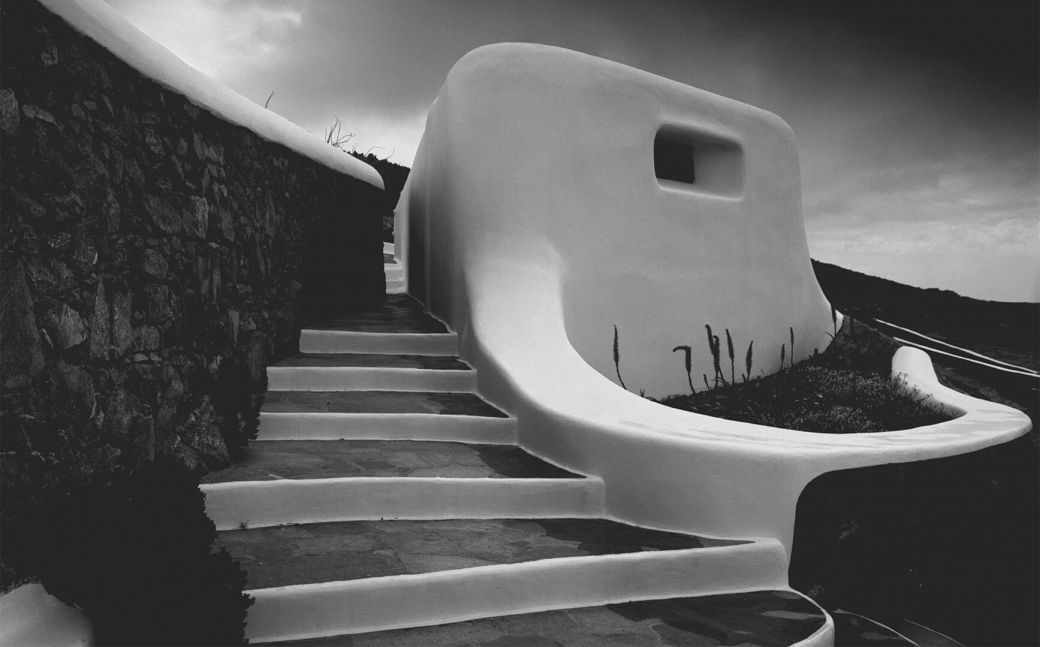 A HOME IN MYKONOS.

In 1986 he starts the construction of his house in Mykonos. A year later 1987 he marries on the island and a few months later his first son Arion is born.

The Mykonos home is a perfect blend of modern and Cycladic architecture, fully inline with Minas` philosophy. The small home sits on top a hill, with a spectacular view of the entire island, blending it`s self with its surroundings. Every aspect of the house is ergonomic and harmonious, with all the details of the construction overlooked by him and always respecting the landscape. The interior is meticulously crafted and furnished with items made by him out of american walnut, stainless steel and marble, always following his aesthetic.

"Mykonos has something mythical about it" 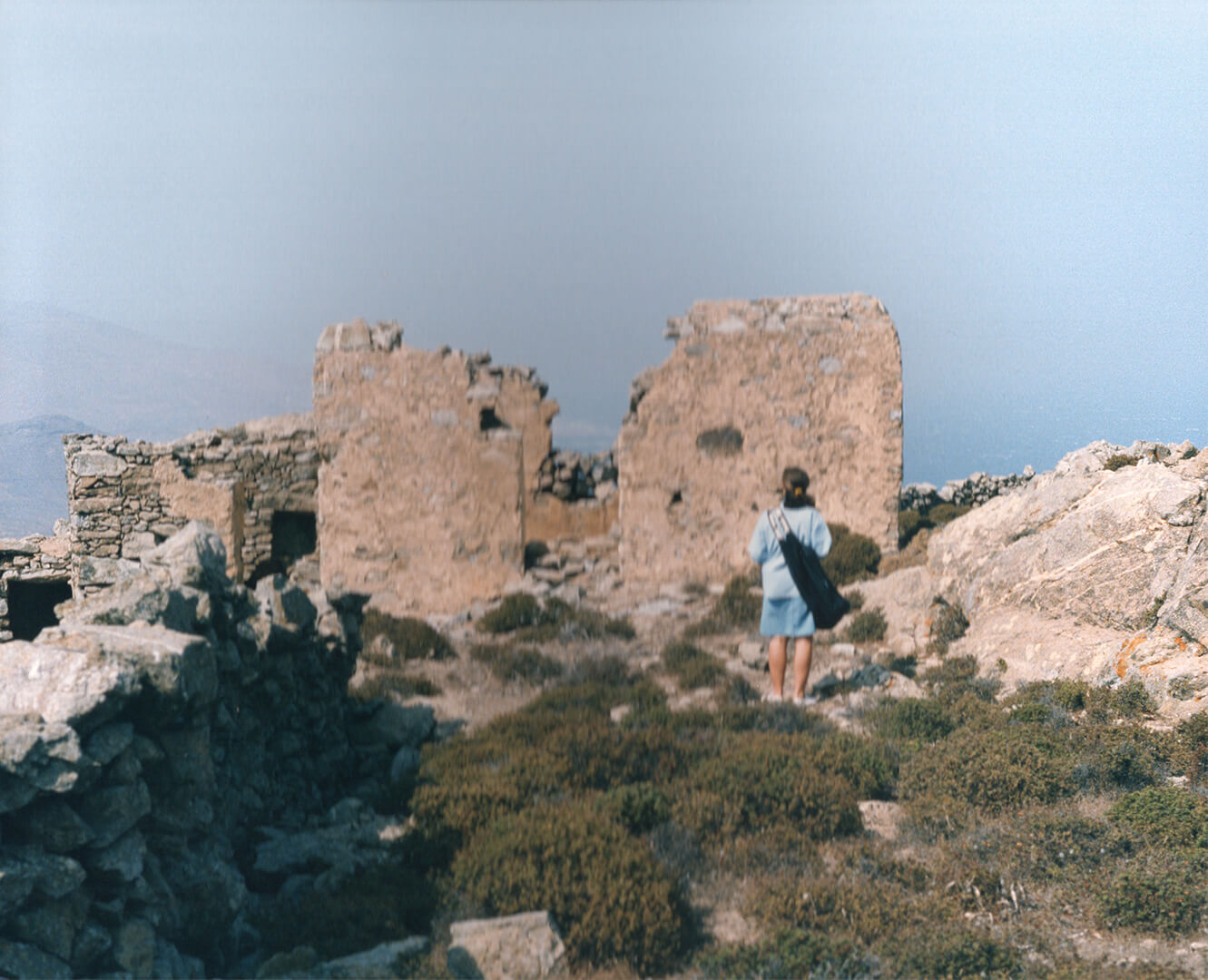 The original structure that would become his home in Mykonos. 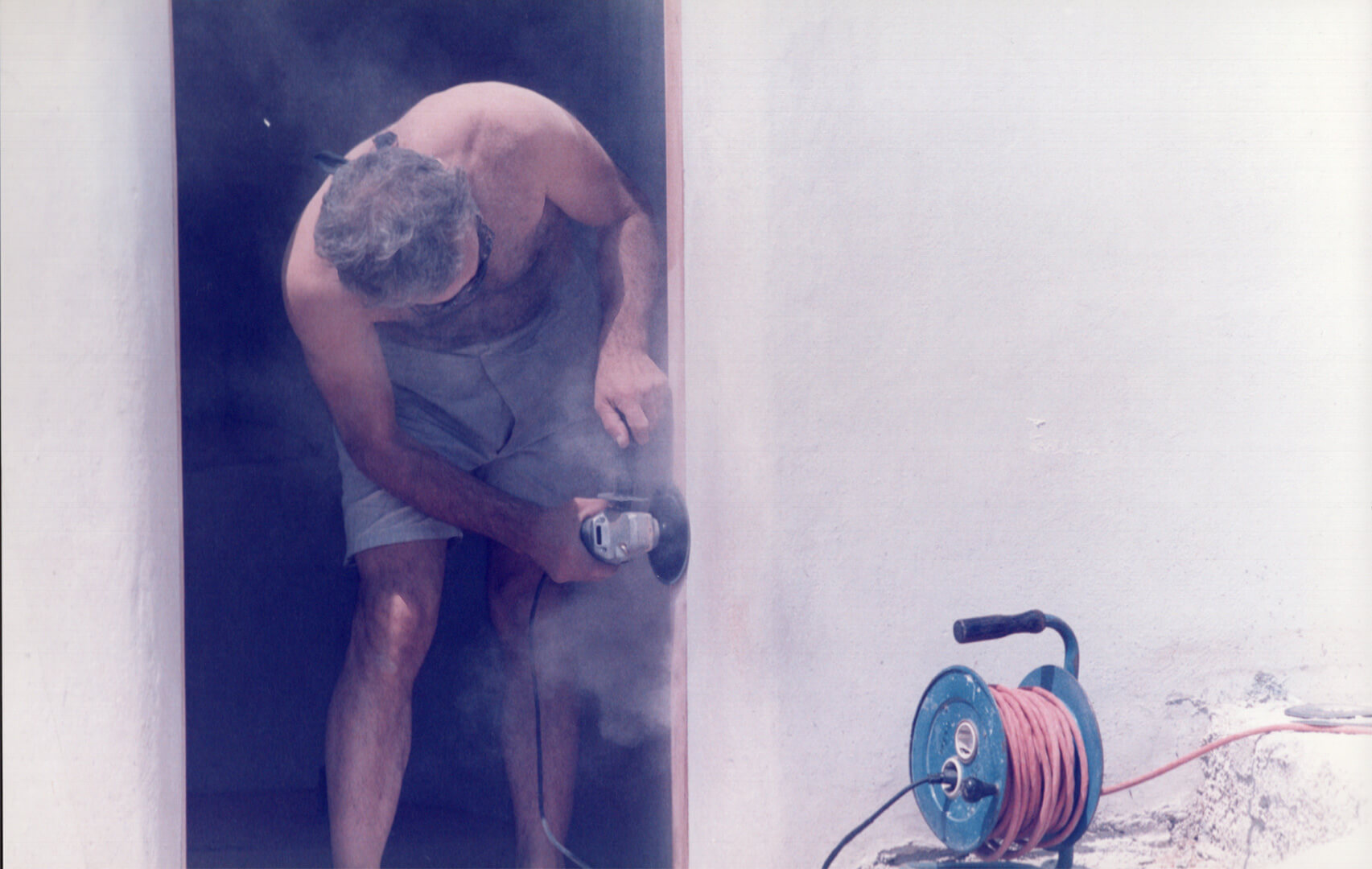